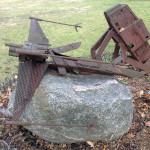 I studied sculpture under Dr. Jansky and Professor Alan Murphy at the University of Wisconsin at Parkside  in Kenosha, Wisconsin.

My primary focus was working in mediums that allowed me both a reductive and an additive process.  These include both wood and metal.  Having a woodworking background has afforded me several advantages working with wooden materials and other found objects.  My most current sculpture is heavily influenced by the work of Louise Nevelson.   I had to learn traditional welding in order to create my other pieces.  I learned to weld in MIG, Oxy Acetylene welding and Metal ARC. 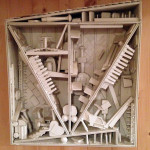 Metal sculpture is probably my favorite sculpting medium.  Shaping, cutting and welding metal as well as the effects you can achieve by aging metal are fascinating to me.  Strength, rigidity and purpose are three things steel provide in function.  In their raw form, they posses character. There is something about metal that projects both modernity and youth as well as, decay and the passage of time.  Rusty old metal sometimes takes on a life of its own.

The bulk of my series in metal are maquettes.  That’s just a fancy French word for model, or “modello” in Italian.  The goal is to some day receive a commission to build the full size versions of each piece. 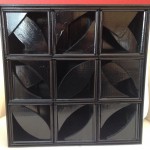 The remainder of my work in sculpture is heavily influenced by Louise Nevelson. I like using found objects, wood, plastic, metal and other materials and glue to create a 3D work that appears 2D.