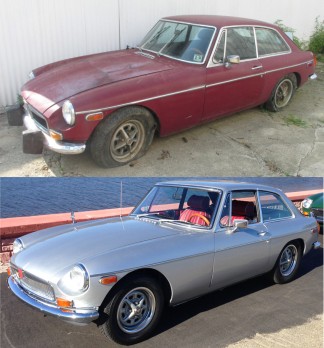 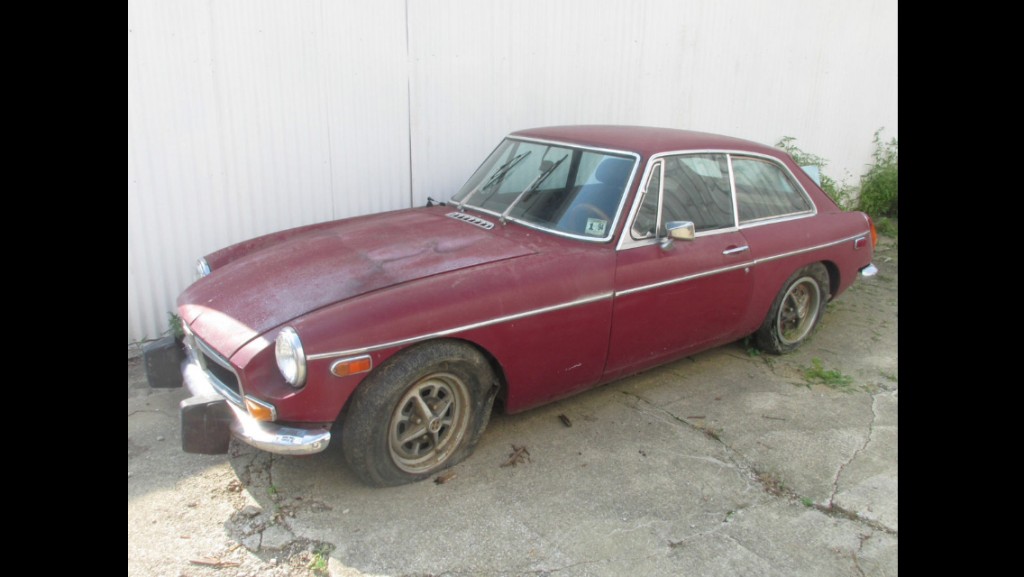 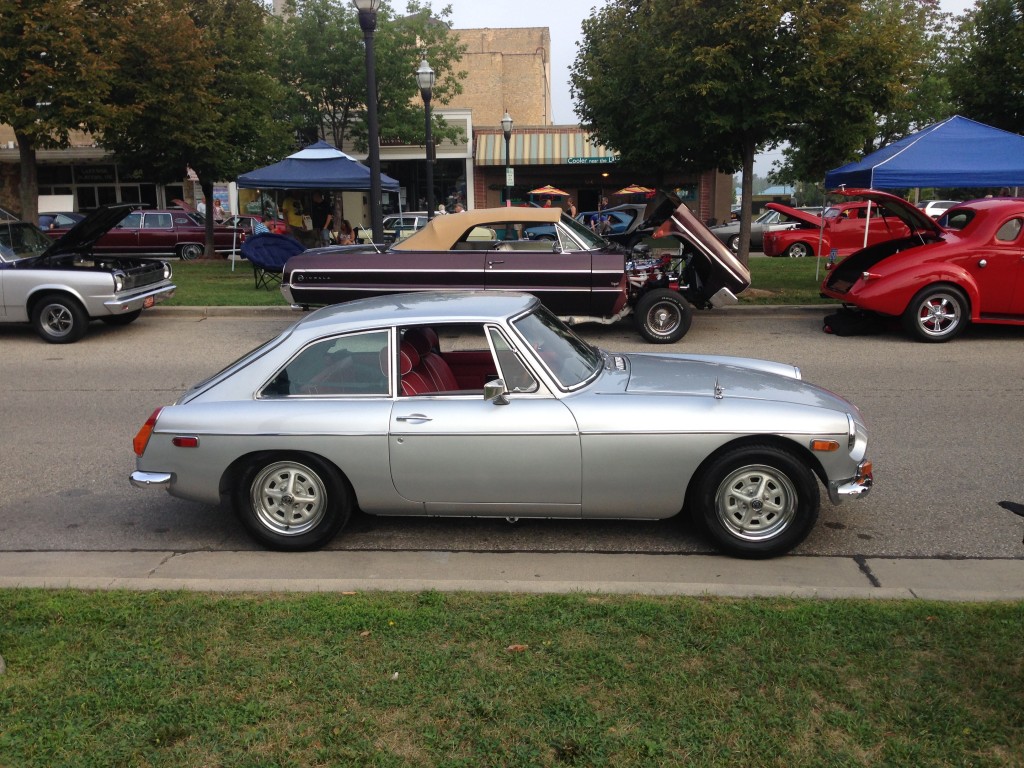 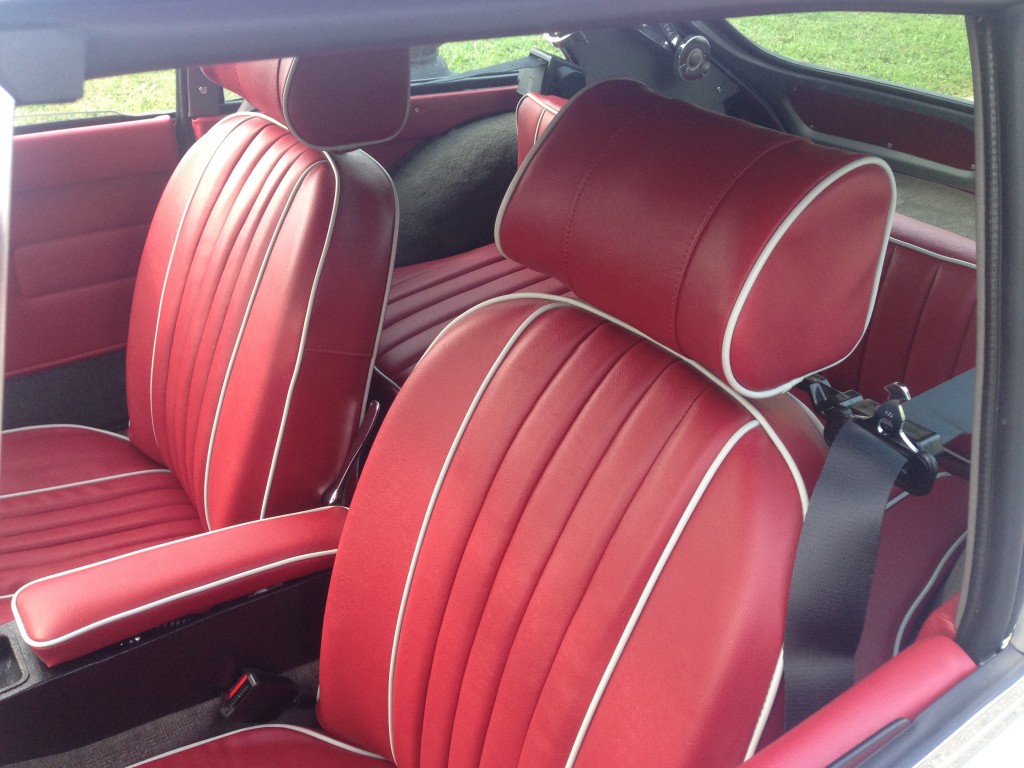 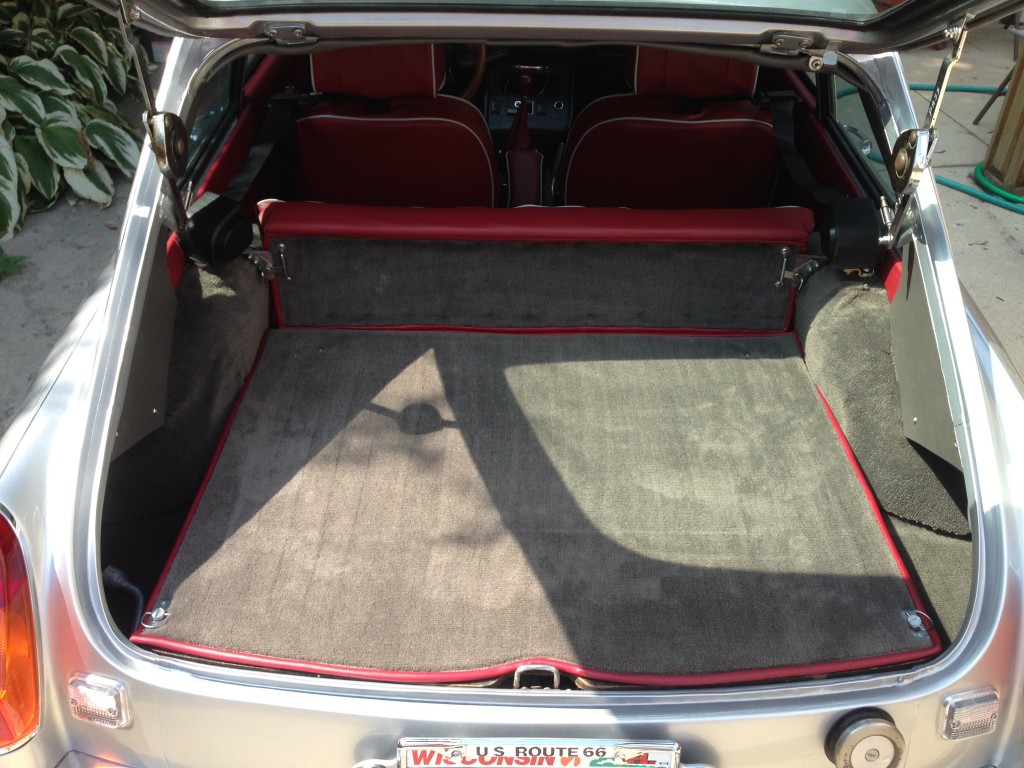 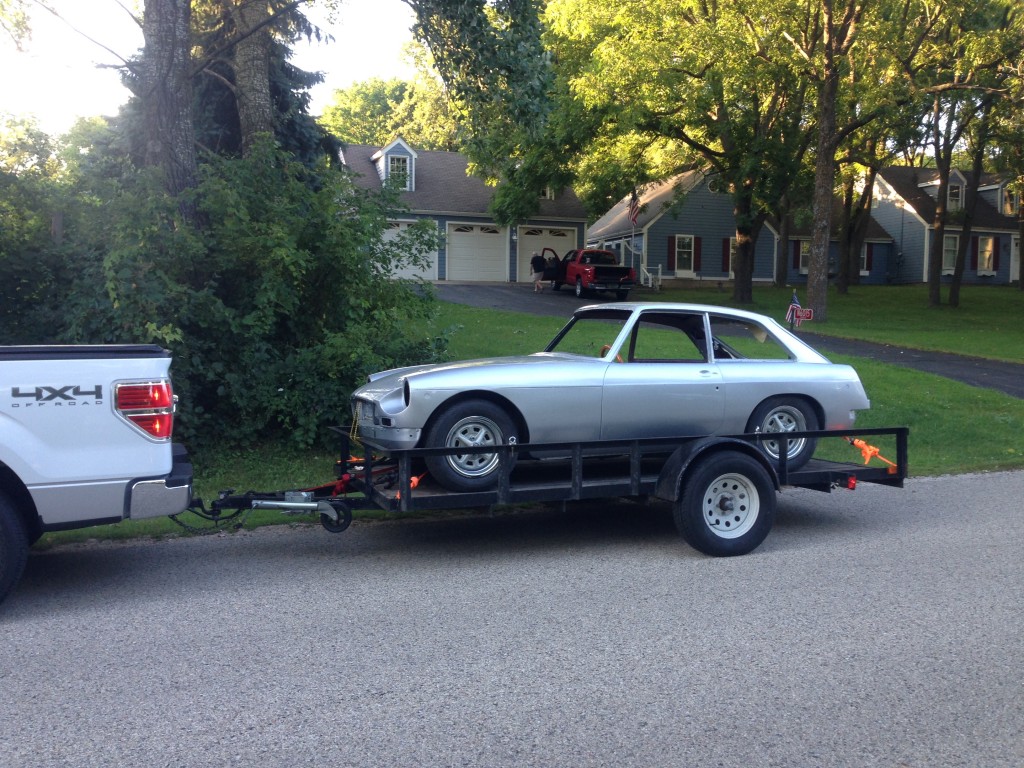 Painted and read for reassembly. Circa August 11, 2015

The fixed-roof MGB GT was introduced in October 1965. Production continued until 1980, although export to the US ceased in 1974. The MGB GT sported a ground-breaking greenhouse designed by Pininfarina and launched the sporty “hatchback” style.

By combining the sloping rear window with the rear deck lid, the B GT offered the utility of a station wagon while retaining the style and shape of a coupe. This new configuration was a 2+2 design with a right-angled rear bench seat and far more luggage space than in the roadster. Relatively few components differed, although the MGB GT did receive different suspension springs and anti-roll bars and a different windscreen which was more easily and inexpensively serviceable.

Early prototypes such as the MGB Berlinette produced by the Belgian coach builder Jacques Coune utilized a raised windscreen to accommodate the fastback.

Although acceleration of the GT was slightly slower than that of the roadster, owing to its increased weight, top speed improved by 5 mph (8 km/h) to 105 mph (170 km/h) because of better aerodynamics.