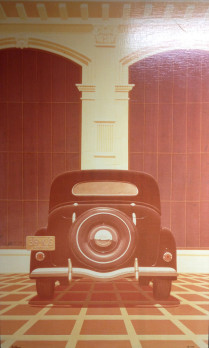 This is a Greg Copeland Original from Greg Copeland Studios signed, numbered and with the original Greg Copeland Original Stamp on the frame.  This is a large piece meant to hang floor to ceiling on a large wall.  The full size image below should give you an idea of its size.  The piece is from the 1970’s and is what is called a Chromagraph, a  process is known for its color, vitality and delicate detail.  I have owned this piece for over 17 years. It is in good condition and has never seen sunlight all the years I have owned it.

GREG COPELAND was a New Jersey artist.  In the 1960’s he opened his own studio at 115 New Dutch Lane Fairfield New Jersey and then later in the 1980’s at 14 Courtland Street Patterson , New Jersey.  By the late 1970s and early 1980s his studio was known as Greg Copeland INC.  Although  though he produced a lot of his own work,  he also allowed other artists to create original work, sign their names and affix the  Greg Copeland label on the back.

Only the early works like the one I have were actually produced and signed by Copeland for sale at his studios.  This piece contains an original Copeland Stamp on the frame.

Copeland Studios works were purchased by the thousands, both for residential and corporate display.  This is a stunning example of one such piece which has spent it’s entire life in a corporate setting.  It is a beautiful peace. The image is of a 1930’s Ford Automobile. The monochromatic colors and perspective draw the viewer in.  It’s symmetry is mirrored in the curved arches and curves of the fenders on the car.  The linear plane and use of subtle shadows at the base of the car creates the illusion of depth.  This is truly a must have for anyone who loves the automobile and art. 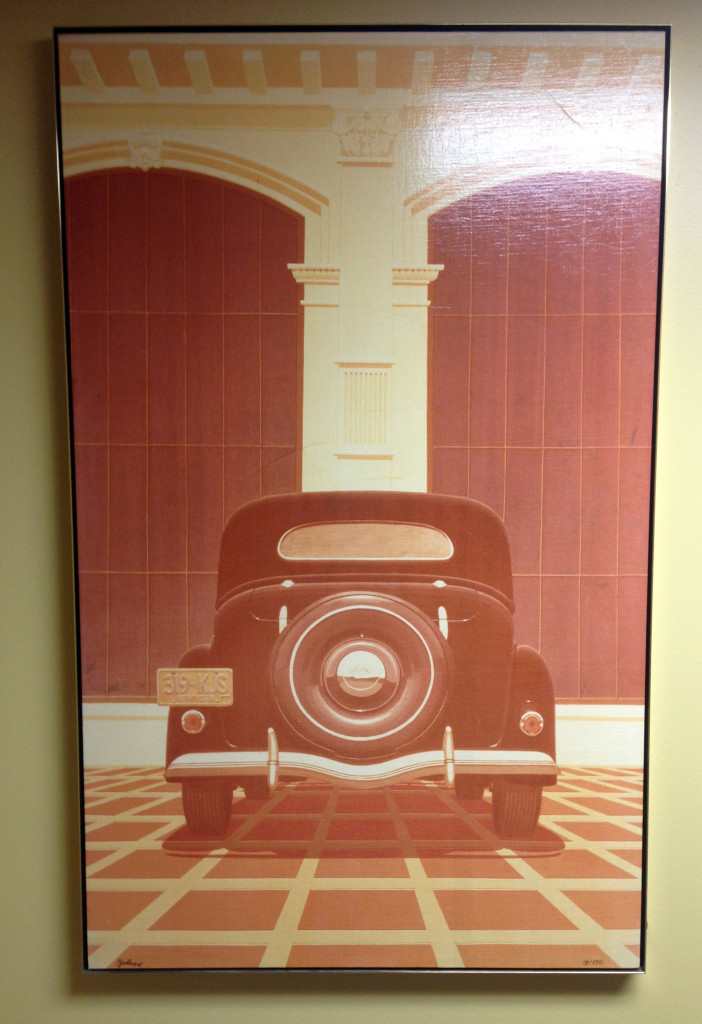 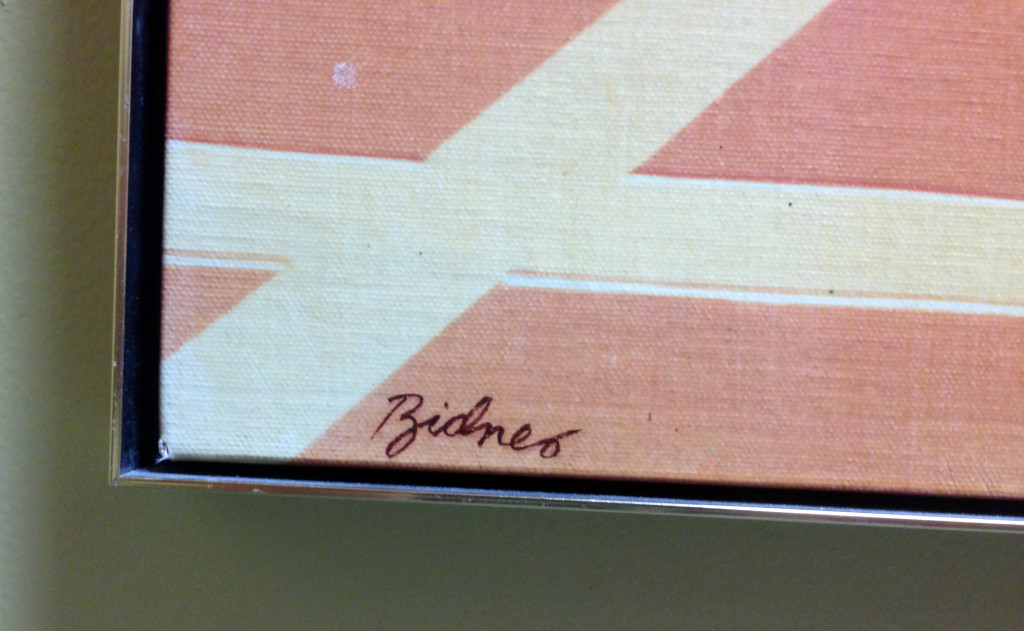 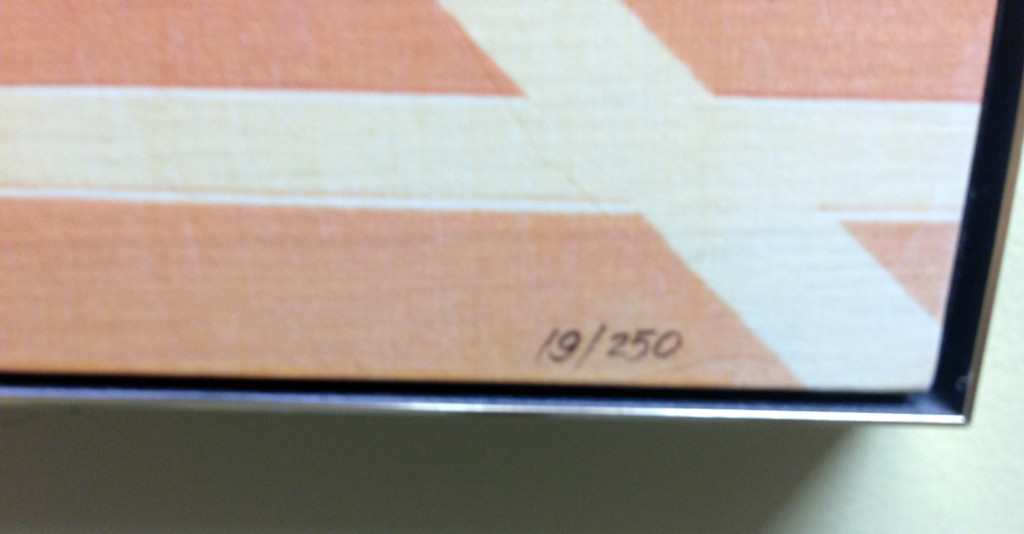 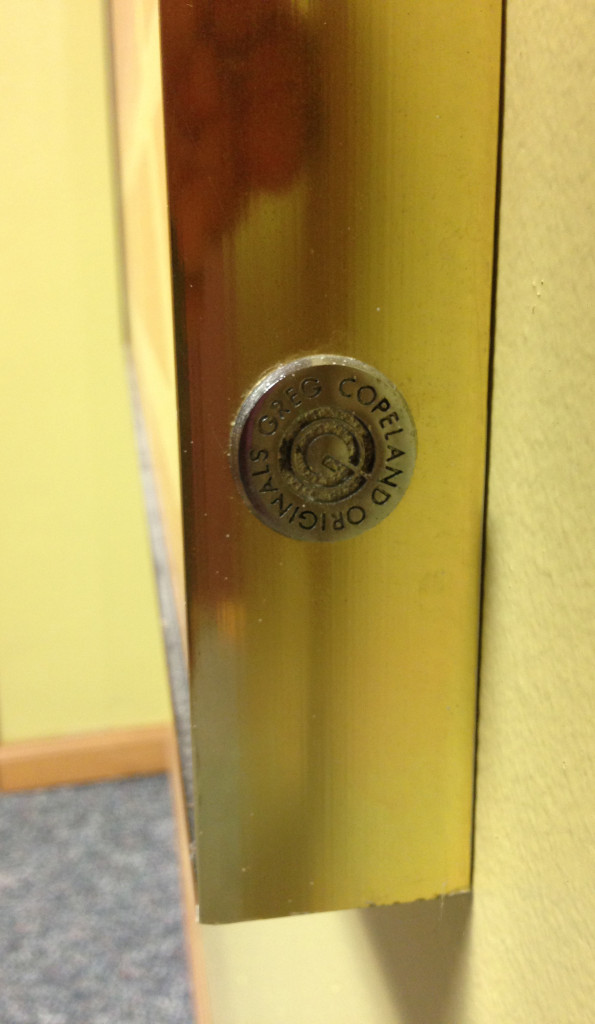 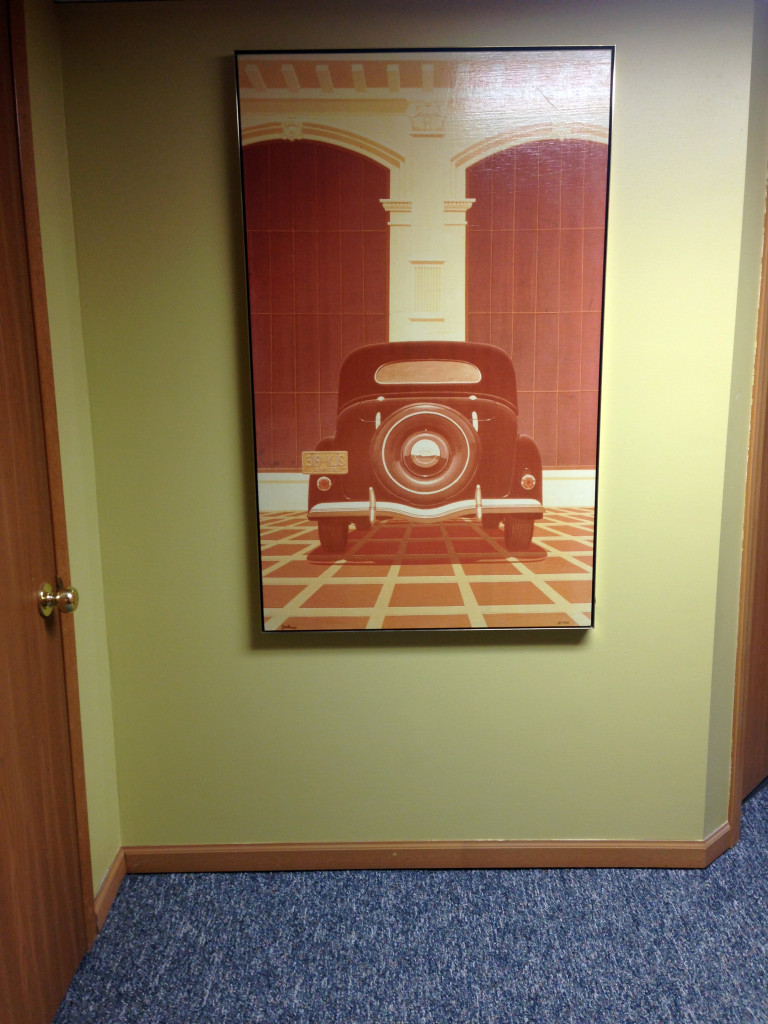